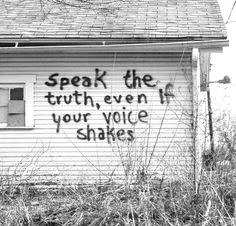 I had the privilege of being part of a young Passamaquoddy woman’s final graduation project.  She focused her attention on the topic of racism and presented a variety of stories about racism inflicted against native peoples of her community. Some of these stories were written and read aloud.  Some were audio recorded and accompanied by a picture portfolio. One storyteller was a guest speaker - an Elder, dressed up and eager to share.

Stories are powerful in helping us to listen with our hearts. “Storytelling employs a different kind of listening.  The body releases, settles back, is more open and less anxious.  We take in the story before screening the content”  whereas with information that is “asserted or presented cognitively, we immediately engage a screening device to determine whether we agree or disagree.” [Kay Pranis, The Little Book of Circle Process: A New/Old Approach to Peacemaking, Good Books, NY, NY, 2005]  As children ran around us and played, we heard stories about people's first memories of the sting of racism.  Most stories shared were memories from when they were just young children.

The storytelling took place in a home.  I sat on a couch.  A little girl about four or five years old snuggled her way in between me and another adult, cuddling and petting a tiny puppy, and keeping quiet as the Elder recounted her story of being a little girl herself…. She and her sister had been excited, the Elder said.   A delivery truck had pulled up in their community of Sipayik - a small, remote community where not much ever happened.  They raced up to the parked truck to greet the man who sat in the driver's seat. She remembered that they had wanted to ask him questions.  As the eager girls smiled up at him, the driver rolled down his window and spit a mouthful of soggy, chewed up crackers into their face and hair.  He hollered with expletives at them to to get away from his truck and called them names that the Elder still remembers to this day.  She described how she and her sister sat the rest of the afternoon picking chewed up crackers from each others hair.

The little girl next to me on the couch held up the puppy for me to see.  She had a beautiful smile.  I couldn’t help but smile back.  I wondered what kind of person could spit crackers into the face of a little girl like that.

“It’s a feeling.  A tension you can just feel,” a woman described while holding her clenched fist in front of her stomach.  I knew what she meant.  There were stories shared about being watched, followed, confronted, and humiliated in local stores. Of being “in town” with a parent who was denied a haircut because they were a “dirty Indian.”  Even as small children unaware of the dynamics of race or racism, they still could feel the feelings.  Feelings of scorn, hatred, and disgust aimed at them or their loved ones, the confusion of not understanding why, and the reciprocating feelings of anger and quiet indignation.

“It made me feel like everybody hated me.  It made me feel like I didn’t even want to go anywhere.”  On one of the audio recordings a young man described fights that were common place; how they all had to have each other’s backs because they knew how it felt to be attacked and they also knew they might be the ones needing help the next time. A photograph of the speaker was passed around as we listened to his recorded voice recount matter-of-factly tales of unfortunate violence.  I stared into his picture.  He looked tough but tired.

Amber Gabriel said that the reason she chose the topic of racism for her final project was because she sees racism happening everyday all around her, and she wanted people’s stories to be heard.   Like Maine-Wabanaki REACH, Gabriel understands the importance of speaking truth and holding space for difficult conversations.  Only by truths falling on compassionate ears will we be able to move toward healing and change. I commend her for her bravery in selecting her topic choice.  I hope we can continue to elevate the conversation about racial hurts and their impact on the psyches of our family, friends, neighbors, and communities.

Amber Gabriel is a Passamaquoddy from Sipayik and a 2017 graduate of Wayfinder School Passages.