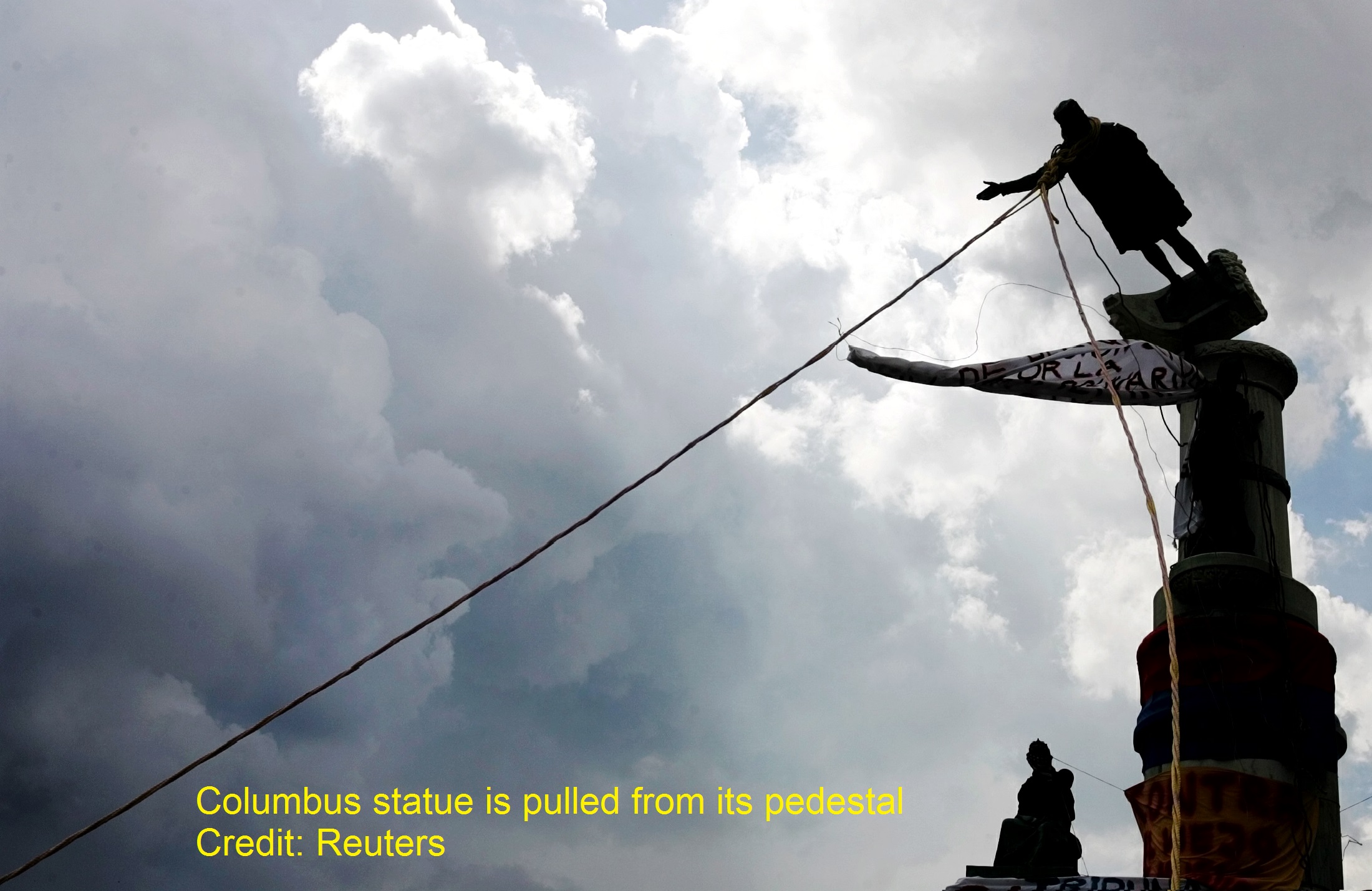 LD 914: An Act to Establish Indigenous People’s Day, sponsored by Representative Scott Hamann of South Portland with eight co-sponsors, is being heard by the Maine Legislature’s Committee on State and Local Government on Wednesday, March 22. Hearings begin at 9:00 AM, in room 214 of the Cross Office Building. We suspect that a vote will occur at the Committee’s work session, usually held a week after a hearing. If passed out of Committee, the bill will proceed to the House and the Senate for a vote. If passed by the legislature, it then moves onto the Governor who will either sign or veto the law.

Many people will attend the legislative hearing to listen to testimony of the many who will speak to the merits of this bill. Folks who cannot attend will write or call their legislators to let them know what they think about the proposed legislation.

Around the country, states and municipalities are questioning why we celebrate Christopher Columbus when his arrival marked the beginning of genocide of indigenous people.  Since 1990, South Dakota has celebrated Native American Day instead.  Alaska, Hawaii, Oregon, and Vermont have recently changed the holiday to Indigenous People’s Day.  Many municipalities, such as Minneapolis, St. Paul, Grand Rapids, Albuquerque, Alpina, Traverse City, Berkley, Santa Cruz, Seattle, Olympia, and Denver, are changing the celebration to honor and acknowledge Native people.  Several counties in Texas and Wisconsin have done the same.

Belfast was the first jurisdiction in Maine to celebrate Indigenous People’s Day rather than Columbus Day on the second Monday of October.  Diane Oltarzewski led the effort to change the holiday in October.  In her presentation to the Belfast Town Council, Diane began by saying,

“I appreciate the opportunity to present this petition and to share with you what I’ve been learning this year. In two months since October 12, we’ve collected 252 signatures from Belfast residents. Let me begin with the facts:

Diane grounded her presentation in this present day reality –

“The good news is that Wabanaki people in Maine have survived despite 500 years of encroachment and betrayal – their land and resources stolen, their culture cruelly mocked and suppressed, their children taken from them. The tribes are strengthening and renewing their culture today, and that’s something to celebrate! Though the Columbus holiday is only a symbol, it is a painful one that misrepresents history. In fact, no American child – native or non-native – should be expected to accept such a falsehood.”

This action promotes decolonization by acknowledging that colonization of this land was done through acts of genocide, beginning with Christopher Columbus. Diane described the overwhelming agreement from fellow citizens when she sought signatures on a petition to bring to the Town Council, saying “most of the people whose signatures I present tonight were overwhelmingly enthusiastic – eager for this change to happen, and to happen here – especially our young people.”

Diane pointed to the deterioration in tribal-state relations as an important reason to remove the reminder and minimization of trauma that is embodied in Columbus Day. She challenged us to commit ourselves to actively honoring “indigenous rights and freedoms – from sovereignty to sustenance fishing rights to cultural self-determination.”

Diane closed her remarks to the town council in this way. “Our shared history demands that we relate to the tribes respectfully, as nation to nation. A celebration of Indigenous Peoples Day beginning in 2016 would be a very good signal to send at this time. You are all now the stewards of this sweet little riverbank, but let’s never forget who was here first. We the signatories would be pleased and proud if our town spoke up and let the world know what we value, and where we stand.”

The petition to the Belfast Town Council was successful, resulting in October 10, 2016 being celebrated as the first Indigenous People’s Day in Belfast, Maine.

While honoring Indigenous People’s Day rather than Columbus Day is more just and honorable, it is not the ultimate remedy. We can truly begin decolonization when we make different choices, such as, understanding the present day realities, listening to learn, repairing harms without inflicting more harm or burden on native people, surrendering our privilege and resisting the urge to be savior.